The Culture of Things
6. Are Leaders Born or Trained?

Are Leaders Born or Trained? This question is the focus of this episode, and it's no secret what my guest, Melinda Reihberg thinks. And I have to say, I agree with her 100%. Melinda is the Director and Lead Trainer of a Leadership and Sales training consultancy called All Trained Up. Melinda has been a corporate trainer and facilitator for 18 years, and has worked in many countries and across various industries including retail, travel, financial services and automotive. Some of her clients have included Ford, Holden, Volkswagen, Barbeques Galore, Myer, and Harvey World Travel. Listen in to hear Melinda's views on training leaders and how it is critical to the success of a business. 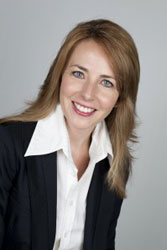 How can we work together, better? That's the question Brendan explores with Laura Prael. Laura is the Owner of LEP Digital, a fast-growing digital marketing agency based on the Central Coast, NSW. Laura made a strategic decision to focus on improving teamwork within her organisation. The first step in the journey was to use the DiSC profiling tool. This tools helps to better understand the strengths and weaknesses of every individual. Laura realised this is a key step in the process of achieving a high performing team. After all, it's not the individual skills that matter, it's the interaction between the team members. [caption id="attachment_1163" align="aligncenter" width="1024"] How can we work together better? Brendan Rogers with Laura Prael[/caption]   If you have any questions for Brendan around this episode or generally around culture, leadership or teamwork, feel free to contact him here. ...

Introducing The Culture of Things Podcast

Introducing The Culture of Things podcast. Did you know, worldwide, only 13% of employees are engaged in their work? This means, there are only 13% of employees who are emotionally invested and focused on creating value for their organisations every day. I have experienced first-hand how ‘poor leadership’ negatively impacts the performance of employees and ultimately limits the growth potential and profitability of the business. This is why I felt the need to bring this podcast to life. My purpose through all of my business activities is to have an impact on improving the lives of people at work.   If you have any questions for Brendan around this episode or generally around culture, leadership or teamwork, feel free to contact him here. ...