72. Government Leadership During a Pandemic The Culture of Things
72. Government Leadership During a Pandemic

It’s useful to look back on a period of great crisis and analyze what was done right, and what lessons can be gleaned from decisions that didn’t work out as planned.  My guest today is Scott Farlow, and he is going to do just that – look back on the pandemic and the New South Wales government’s responses and how they worked or didn’t.

Scott Glynn Farlow is a member of the New South Wales Legislative Council since the 2015 NSW state election, representing the Liberal Party. Farlow grew up in Sydney's Inner Western suburbs. He was the first member of his family to study at university, graduating with degrees in Law and Commerce from the University of Sydney. He later graduated from the College of Law with a Diploma of Legal Practice.

In 2004 Farlow was elected to Strathfield City Council and became mayor in 2007. At the age of 23, Farlow was the youngest mayor in Australia at that time. Farlow was preselected by the Liberal Party to run as a candidate for the NSW Legislative Council at the March 2015 Election. He was subsequently elected and is serving an eight-year term set to expire in 2023.

In this episode, Scott and I will discuss how the pandemic unfolded in Australia in general, and New South Wales in particular. Farlow focuses on increasing efficiency and transparency in government expenditure, and we will hear about many of the governmental decisions he was privy to during the pandemic.

The Culture of COVID-19. In this episode, the roles are reversed. Brendan is the interviewee, and he is being interviewed by Quang Ngyuen, from QN Coaching & Training. Quang asked Brendan to come onto a video series he is running during the COVID-19 period to talk about culture, leadership and teamwork and the impact this crisis is having in these areas. During this episode, Brendan shares his definition of culture and the impact leaders have on it. He talks about the level of support needed for new leaders, the impact of remote working, and he shares his number one piece of advice for all leaders. Quang also shares a great story about his time as an assistant principal and one of his key learnings. Sit back and enjoy as Quang opens up the conversation….   If you have any questions for Brendan around this episode or generally around culture, leadership or teamwork, feel free to contact him here. ...

7. Leadership Lessons in a Crisis

Leadership Lessons in a Crisis. In this interview, we focus on the leadership lessons Matt Spindler has learnt during the crisis of COVID-19, also called Coronavirus. Matt is a partner and co-owner of MCS Partners which is an Accounting firm on the Central Coast, NSW. Matt is a Chartered Accountant with over 20 years experience working with small and medium businesses. His key areas of focus are SME tax & accounting, business sales & acquisition, business structures, business restructures, business development and SMSF tax & compliance. Listen in to hear what Matt learnt about leadership during this crisis.   If you have any questions for Brendan around this episode or generally around culture, leadership or teamwork, feel free to contact him here. ... 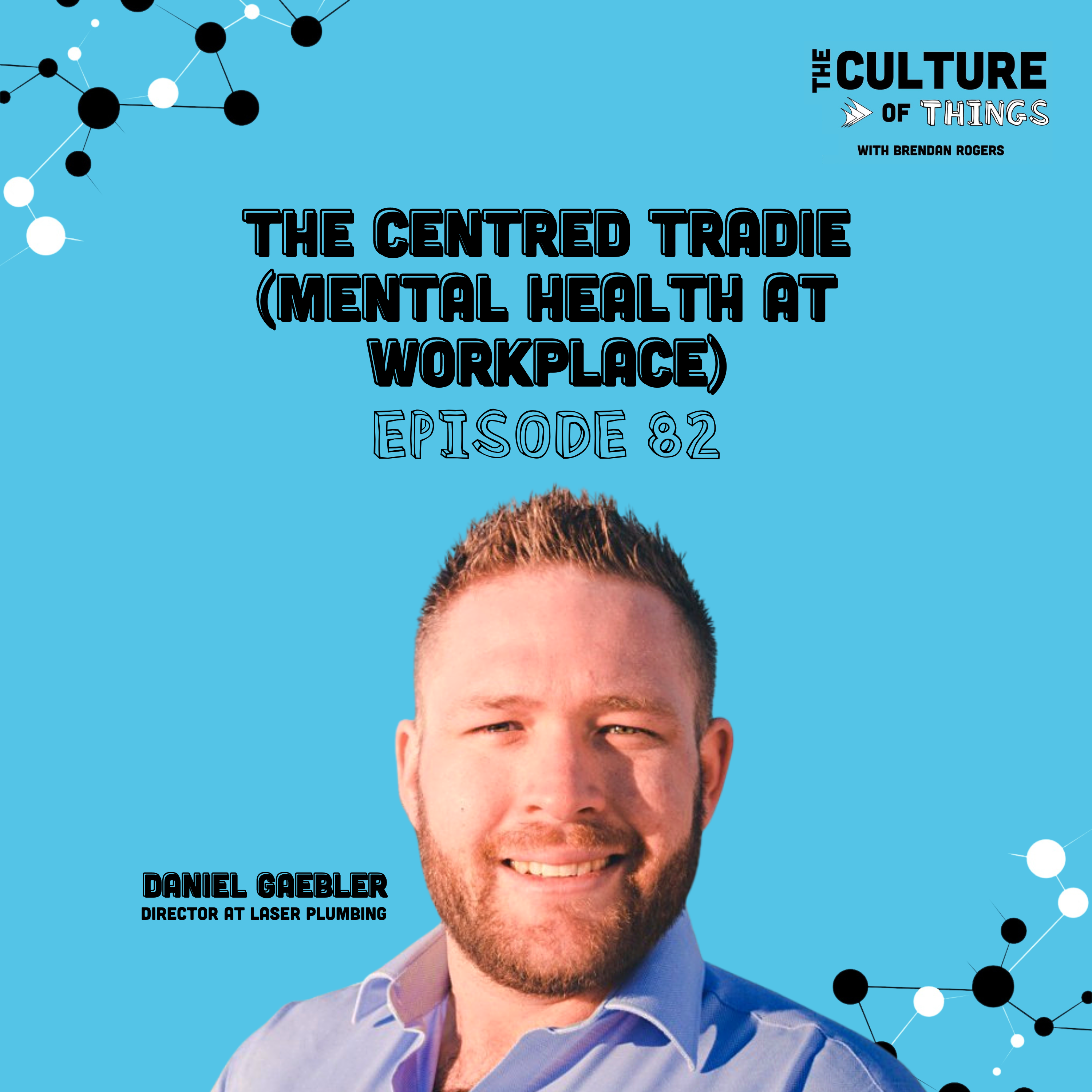 Daniel Gaebler has an ambitious five-year goal – to reduce the number of suicides in Australia to zero. Dan is a Sydney plumber and has written a book “The Centred Tradie” about facing his inner demons and mental illness. Dan writes about confronting life events, and his mental health journey, and exposes his own extreme vulnerability in order to “help just one person”.  The book will speak loudest to men, especially in the trades (like plumbing), and encourage them to reach out to their friends and family, or different modalities of therapists, to help them get back on track and make life better for themselves and their loved ones.  I speak with Dan about how he recognized that he needed help, where trauma originates and how it can manifest later in life, the impact that poor mental health and suicide have on loved ones and communities in general, and the many people - therapists, coaches, mentors, and his wife -  that helped Dan along his journey. Discussion Points Dan’s first signs that he needed help Rage, trauma, and frustration as a teen Connecting with others, taking the first step to getting help Writing a book had tremendous healing power Love languages, Dan’s wife, and overcoming trauma Mental health in business - examples of helping team members Things you can do to improve your mental health Simple things we can do right now? Notice, listen, and ask, “Are you okay?” ...