The Culture of Things
4.2 Lessons for Emerging Leaders: Part 2

Lessons for emerging Leaders. It’s a Hard Road when a Leaders Journey Begins. It’s this journey and the lessons on it, which form the basis of the 2nd half of my interview with Martin West. As a reminder, Martin is the owner of a consultancy business called X-Gap, which is short for Execution Gap. X-Gap focuses on helping Leaders Create Conversations That Produce Healthy Team Performance. Martin has co-authored a recently released book called Hard Road, A Leader's Journey Begins. If you haven’t already, I encourage you to go back and listen to episode 4 part 1 before listening to this episode. If you have already listened to part 1, let’s dive into this episode as Martin shares the other 4 parts of the model from the book, and some more lessons for emerging leaders. Enjoy part 2 of my chat with Martin. [caption id="attachment_1319" align="aligncenter" width="1024"] 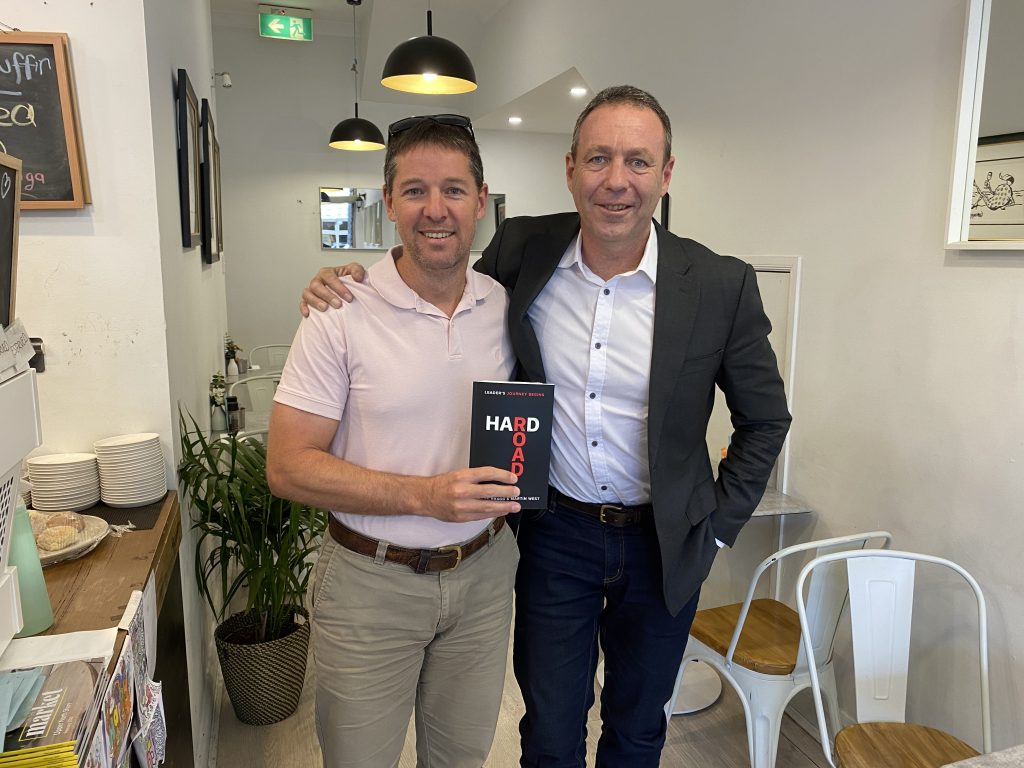 Brendan Rogers (left), Hard Road. A Leader's Journey Begins (centre), Martin West (Author - right)[/caption]   If you have any questions for Brendan around this episode or generally around culture, leadership or teamwork, feel free to contact him here.
View Full Transcript Rex Buckingham is a self-proclaimed old-style leader. With his vast amount of corporate experience, he is able to help guide people to change the way they think and speak in order to change difficult situations. These changes can of course be applied in work situations but they are also powerful tools to use in personal relationships.  In today’s episode, Rex shares a bit about where he started his career and - that he, in fact, believes that those early days (and the managers he worked with) - played a major role in shaping his work ethic and helping him become the leader he is today. Rex shares some great examples of clients he’s helped and how we can each take responsibility for changing our situations.  Discussion Points Rex’s career history Command and control vs leadership Rex’s “old-style” leadership Intelligent disobedience Taking responsibility for changing your life Leadership style is linked to expectations Allowing command and control leadership Impacts of command and control leadership on mental health Rex’s thoughts on HR in a business The things that had the biggest impact on Rex   Resources Brendan Rogers Website Brendan Rogers LinkedIn The Culture of Things Podcast Website The Culture of Things LinkedIn The Culture of Things Facebook Page The Culture of Things YouTube Channel The Culture of Things Instagram  Woolworths ...