The Culture of Things
27. The Key To Unlocking Potential

What is the key to unlocking potential? Mark Bragg is a Performance and Leadership Coach who has been coaching in one form or another for 40 years. In his early career, Mark played and coached basketball professionally, in Australia’s National Basketball League. Over the past two decades, Mark has worked as an Executive Coach in multiple business disciplines and industries in 23 countries. In recent years, he has been working in San Francisco, Hong Kong, Dublin and Sydney with Emerging Australian entrepreneurs. Mark works with Martin West as co-founders of X-Gap, which focuses on helping create healthy and successful Leaders and Teams. They work together extensively and also co-authored Hard Road: A Leader's Journey Begins, which we spoke about way back on Episode 4. Mark has a specific emphasis on providing personalised coaching for Leaders and their Teams. With the focus being on personal growth and improved work performance. His programs are specifically designed for each client, based on 3 fundamental principles: The focus of our conversation today is Coaching, and how Coaching is the key to unlock potential.

Nick Bendel is the owner of Hunter & Scribe, a copywriting and content marketing agency that writes blogs, social media posts, emails, ebooks and media releases for small businesses. Nick publishes a daily marketing newsletter called Nick’s Marketing Tips. When he’s not working, Nick is kept busy with his #500lunches project, which involves having lunch with 500 strangers in five years. Nick also loves sport, reading, history, travelling and public speaking. The focus of our conversation today is Nick’s journey to have 500 lunches with strangers. Website & Social Media Website: https://500lunches.net/ Business Website: https://hunterandscribe.com/ LinkedIn: https://www.linkedin.com/in/nick-bendel     If you have any questions for Brendan around this episode or generally around culture, leadership or teamwork, feel free to contact him here. ... 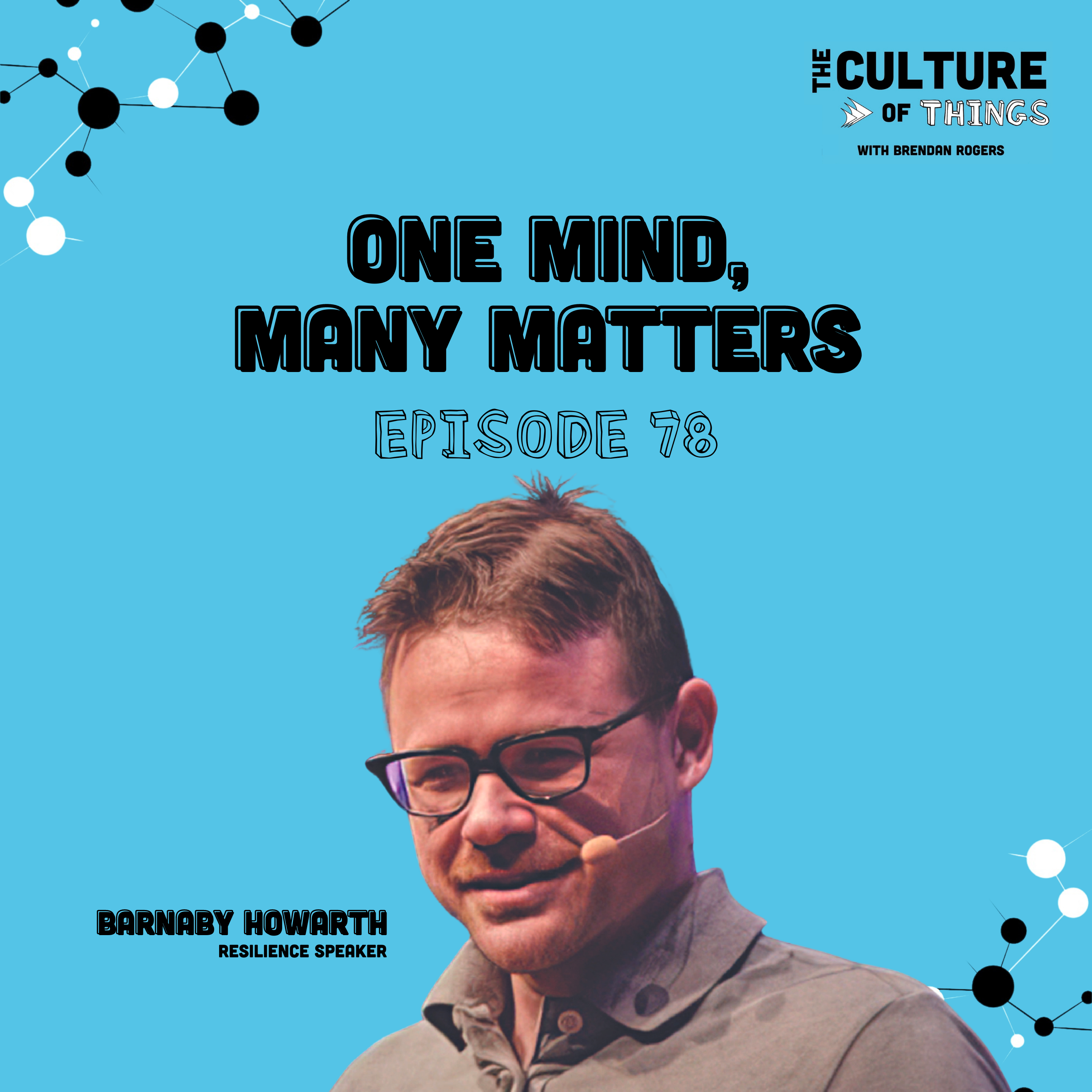 78. One Mind, Many Matters (Strength & Resilience)

Barnaby Howarth has faced more than his share of tragic experiences in life. From being diagnosed with diabetes at 14, to suffering a torn cerebral artery in a gang fight (and having a stroke 7 days later) to losing his first wife to breast cancer shortly after their honeymoon, to choosing to have his finger amputated because it was hindering his daily life, Barnaby has not had it easy.  But as he tells it, being an everyday “Joe Bag O’Doughnuts” IS enough, doing the best you can day to day IS enough.  Being a regular person who tries to put “small good” out in the world is all you have to do to live your best life. As a former AFL player for the Sydney Swans, the host of the “Everyday Greatness” podcast, and sought-after public speaker, Barnaby doesn’t just TELL an interesting story – he is living one. Discussion Points Why and how do you use the term “Joe Bag O’Doughnuts”? Some of Barnaby’s early stories around the AFL The gang fight and his friends– and subsequent stroke The tiny exercises that seemed ridiculous - moving paper clips and clenching buns The challenges Barnaby has to live with forever because of the stroke Good things/bad things happening to people has no logic Losing his first wife Angela to breast cancer How to move on after the loss What’s the buzz you get from public speaking? ...