The Culture of Things
23. Are You Born With Resilience?

Are you born with resilience? Andrew Paton-Smith is the Founder and CEO of Jazoodle based in Wyong on our beautiful Central Coast. He is also a Non-Executive Director at Wyong Race Club where he has been part of the Directorship Team which has turned it into one of the top regional horse training and racing facilities in Australia. Jazoodle is a tech startup which Andrew founded in 2015. Jazoodle was recently selected as one of Australia's most promising high growth startups and as part of the UNSW Founders 10X Accelerator program. Jazoodle has a vision to become the world’s foremost resource for organisational success and financial wellbeing. It is a fantastic tool which helps SME businesses understand how the business is performing, what the business is likely to be worth, and what needs to be done to improve. Andrew started his career in the IT sector back in 2000 with Navigant International. He was a Regional Director based in the UK before moving to Australia to take up a role as Regional Director Asia Pacific. Prior to starting Jazoodle, he was also IT Director for Qantas Business Travel and General Manager of Business Solutions for Amadeus IT Group. Sadly, Andrew is also a West Ham United supporter. The focus of our conversation today is resilience...are you born with resilience? 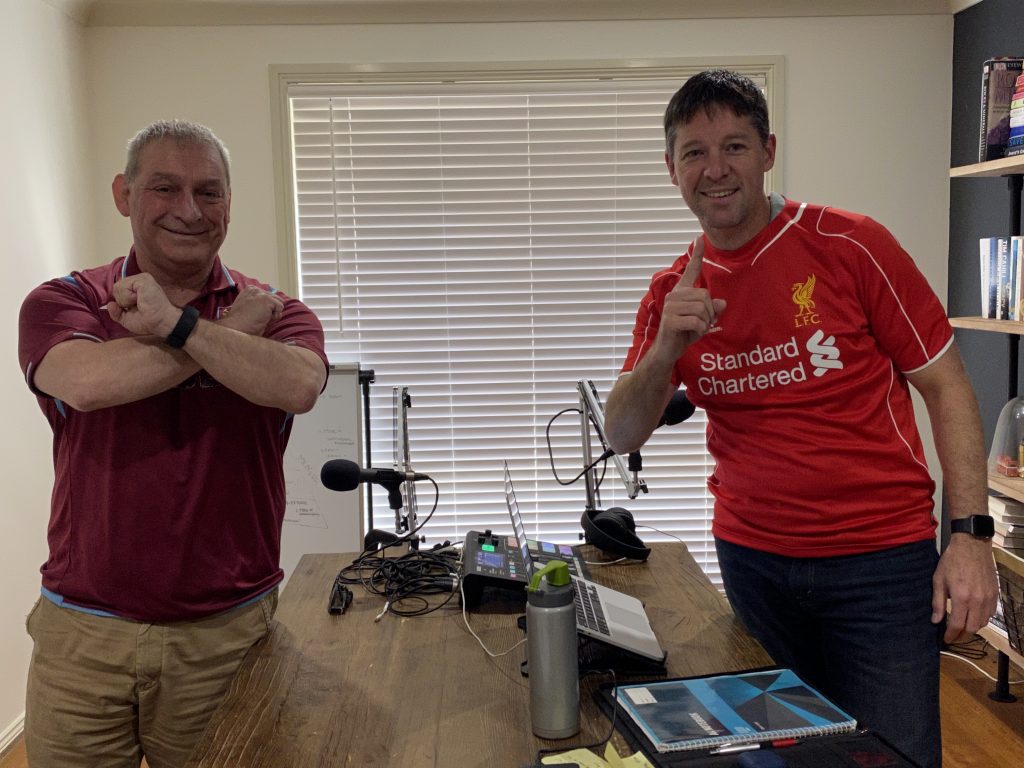 Michael Thwaite is an athlete, a businessman, a husband and a father. While his successes include playing for professional teams all over the world and marrying his high school sweetheart, he has had to deal with all kinds of disappointments and delays in his life and career as well. A few years ago - he made the decision to put his family first at this point in his life, recognizing that his children won’t be small forever - so he wants to be there for them. In today’s episode, he gives us insight into his values as a leader and the habits he has adopted in order to cultivate those values.  He has pushed through many disappointments and come out the other side a humbler, but stronger person. Now he’s taking on the challenge of working in his community as a disability support worker - helping people with disabilities get involved in sport. Michael is a leader in the truest sense of the word as he exemplifies a positive attitude even in his darkest moments. I chat with him about some of his major accomplishments and how he was able to get through his lowest moments. His answers might surprise you… Michael Thwaite has had a rollercoaster- career, but he wouldn’t change a single thing if that would mean he’d end up anywhere other than right where he’s at now in his life.  Discussion Points Michael Thwaite’s career Michael’s start in soccer Values that drive Michael Michael’s journey as a leader Habits Michael adopted to reach ...

What is the key to unlocking potential? Mark Bragg is a Performance and Leadership Coach who has been coaching in one form or another for 40 years. In his early career, Mark played and coached basketball professionally, in Australia’s National Basketball League. Over the past two decades, Mark has worked as an Executive Coach in multiple business disciplines and industries in 23 countries. In recent years, he has been working in San Francisco, Hong Kong, Dublin and Sydney with Emerging Australian entrepreneurs. Mark works with Martin West as co-founders of X-Gap, which focuses on helping create healthy and successful Leaders and Teams. They work together extensively and also co-authored Hard Road: A Leader's Journey Begins, which we spoke about way back on Episode 4. Mark has a specific emphasis on providing personalised coaching for Leaders and their Teams. With the focus being on personal growth and improved work performance. His programs are specifically designed for each client, based on 3 fundamental principles: It’s about you Live Coaching Connected to Results The focus of our conversation today is Coaching, and how Coaching is the key to unlock potential.     If you have any questions for Brendan around this episode or generally around culture, leadership or teamwork, feel free to  ...