The Culture of Things
19. Leading in a World of Change

Sam Sooialo is the Owner & Director of Profit & Values. His areas of speciality include Executive Coaching, Business Change and Cultural Transformation. Sam's focused specifically on bridging the gap between Operations and HR. Sam is heavily involved in the local community and is currently a Non Executive Director on the Boards of three local Not for Profit Organisations - Community SOS, Finding Yellow and Hunter Valley Disability Services. His previous roles have included IT Consultancy, Director of Operations for Roland Digital Group based in the UK and Chief Operating Officer and Deputy Director for Long Service Corporation at NSW Treasury. Sam did what probably a lot of people would love to do. He took a career break over the 2016/2017 financial year and traveled Australia with his family in the 4x4 and caravan. The focus of our conversation today is ‘leading in a world of change’.

Creating a Culture to be Proud Of - that's what Bill Clifton has worked hard to achieve at Banlaw. Bill is the Group Managing Director of Banlaw based in the Hunter Valley, about an hour north of our beautiful Central Coast. The Hunter Valley location is Banlaw’s main manufacturing and research and development facility. Banlaw is leading the way in the innovation of unified fuel management solutions and services globally. They design and manage these systems for mining, container handling ports, rail and transport industries. Their fuel systems can be found throughout Australia, Europe, the US, Asia and the Americas. I heard Bill talk about the Banlaw culture through an industry event and made contact with him to learn some more. When we spoke, there was some great ‘real life culture building’ experience that needed to be shared. Thankfully Bill has agreed to do that today. The focus of our conversation is to share Bill’s experience in creating a culture at Banlaw that he is proud of.     If you have any questions for Brendan around this episode or generally around culture, leadership or teamwork, feel free to contact him here. ...

18. What Rugby League Taught Me About Leadership

Matt Sharp is the Owner & Director of Sharp Property Buyers, where he helps people secure their dream home or secure their future by investing in quality investment properties. Away from his buyers agent business, Matt coaches rugby league at the elite junior level with the Sydney Roosters.  Matt’s passion for property has seen him build a diverse portfolio over the last 8 years. His passion for rugby league took him to playing at a semi-professional level on the Central Coast and Overseas. Matt also worked for 10 years in the corporate sector where he saw the good, the bad and the ugly around leadership and culture. The combination of his experience across the corporate, sport and entrepreneurial sectors, have given him first hand experience with leadership and teamwork, and building high performance cultures. Matt shares specifically what rugby league has taught him about leadership...     If you have any questions for Brendan around this episode or generally around culture, leadership or teamwork, feel free to contact him here. ... 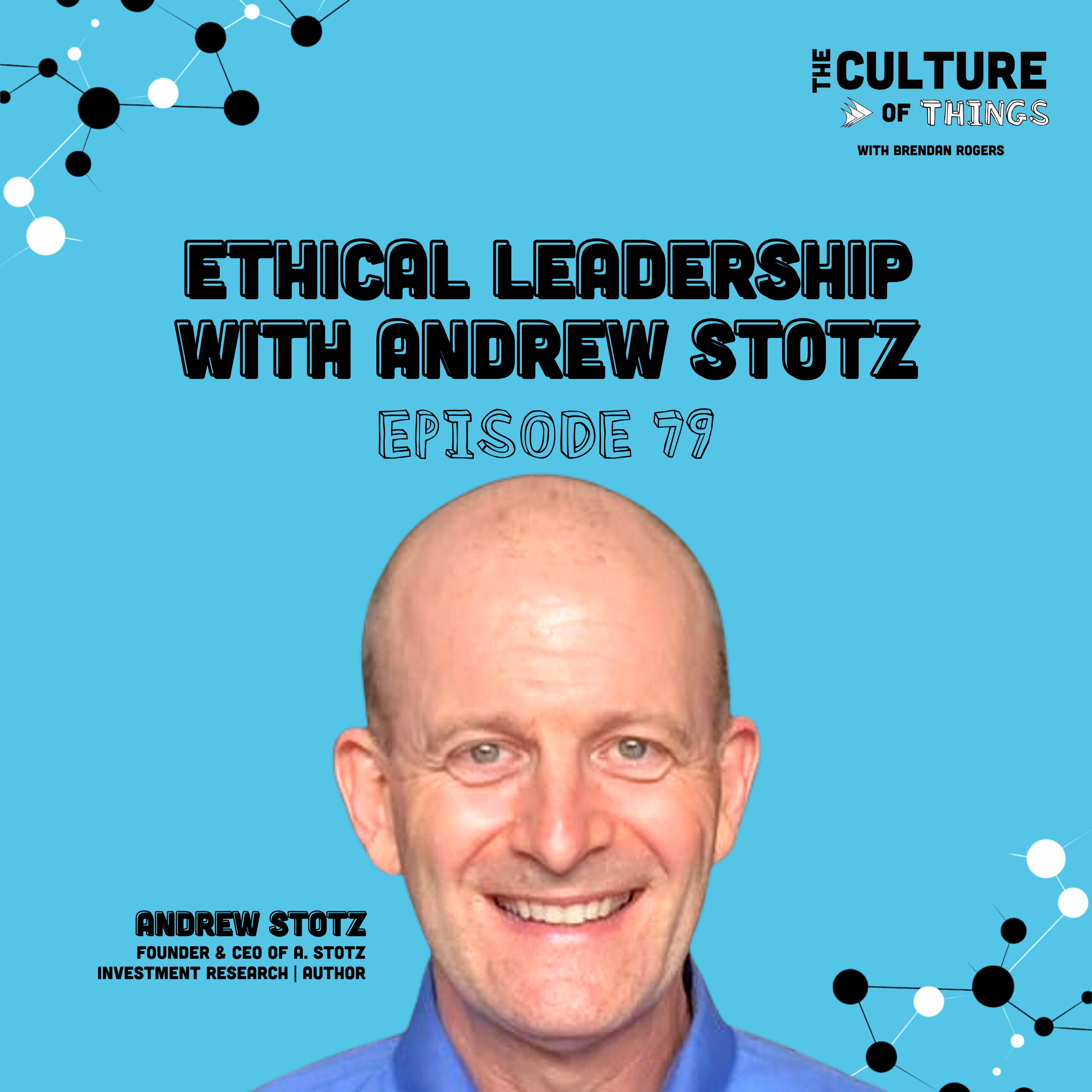 There is a very simple, easy way to differentiate yourself in this highly competitive world, whatever industry you work in: incorporate strict ethical standards into every aspect of your business (and personal) relationships.  Are you trustworthy, loyal, and fair? Do you reveal conflicts of interest? Do independent research? Do you continually learn and improve?  These are some of the ten components of ethical business and leadership that Dr. Andrew Stotz tells us about in today’s episode. Andrew Stotz is a former president of the Chartered Financial Analyst Society of Thailand and is one of Thailand’s award-winning equity analysts. He’s also the founder and CEO of A.Stotz Investment Research. He's an author, a university lecturer, and co-founder of CoffeeWORKS, Thailand’s specialty coffee roaster. Andrew is the host of ‘My Worst Investment Ever’ podcast, with 555 episodes and counting. He is also now the new host of the Deming Institute podcast called, “In Their Own Words.” Join us for a discussion around the ten ethics that Andrew stands for, and how you can easily adopt them in your own life – in order to become a rare and valuable member of any team, family, group, or society.  We’ll also discuss some of the major differences in Eastern vs. Western culture, with regard to ethics, corruption, and general business practices. Discussion Points Andrew’s background and many business ventures The Five Ethics in relationships:  Loyal Trustworthy Fair Confidentiality Revealing conflicts of interest Andrew’s parents led by example ...