18. What Rugby League Taught Me About Leadership

The Culture of Things
18. What Rugby League Taught Me About Leadership

Matt Sharp is the Owner & Director of Sharp Property Buyers, where he helps people secure their dream home or secure their future by investing in quality investment properties. Away from his buyers agent business, Matt coaches rugby league at the elite junior level with the Sydney Roosters.  Matt’s passion for property has seen him build a diverse portfolio over the last 8 years. His passion for rugby league took him to playing at a semi-professional level on the Central Coast and Overseas. Matt also worked for 10 years in the corporate sector where he saw the good, the bad and the ugly around leadership and culture. The combination of his experience across the corporate, sport and entrepreneurial sectors, have given him first hand experience with leadership and teamwork, and building high performance cultures. Matt shares specifically what rugby league has taught him about leadership... 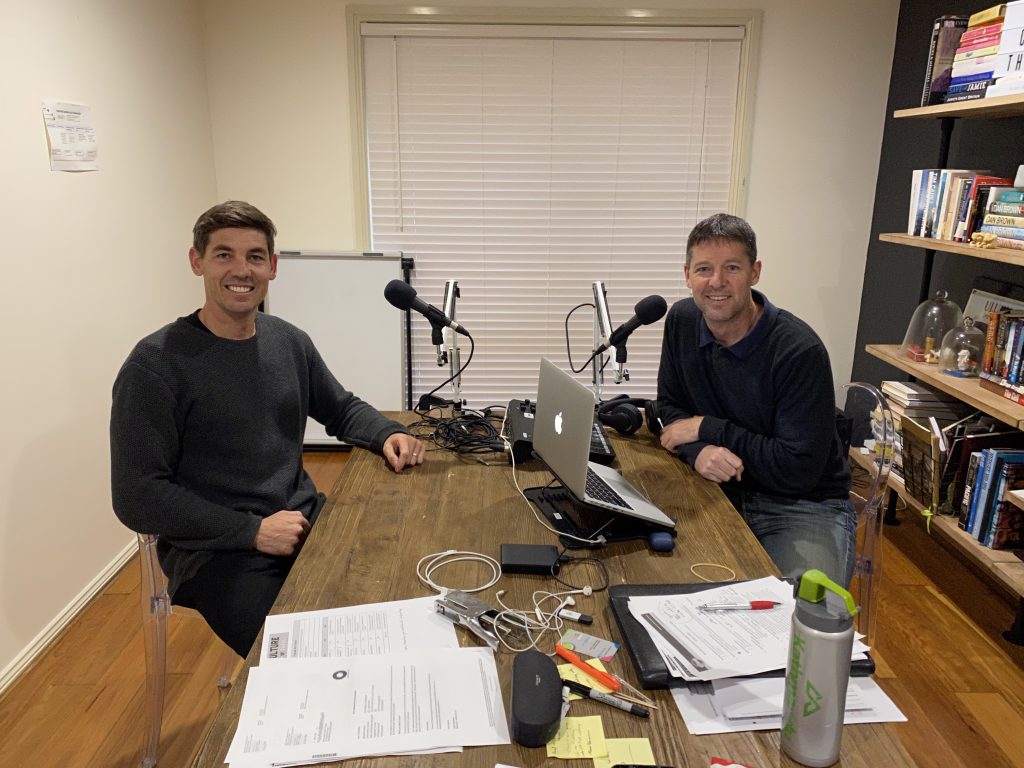 What is the key to unlocking potential? Mark Bragg is a Performance and Leadership Coach who has been coaching in one form or another for 40 years. In his early career, Mark played and coached basketball professionally, in Australia’s National Basketball League. Over the past two decades, Mark has worked as an Executive Coach in multiple business disciplines and industries in 23 countries. In recent years, he has been working in San Francisco, Hong Kong, Dublin and Sydney with Emerging Australian entrepreneurs. Mark works with Martin West as co-founders of X-Gap, which focuses on helping create healthy and successful Leaders and Teams. They work together extensively and also co-authored Hard Road: A Leader's Journey Begins, which we spoke about way back on Episode 4. Mark has a specific emphasis on providing personalised coaching for Leaders and their Teams. With the focus being on personal growth and improved work performance. His programs are specifically designed for each client, based on 3 fundamental principles: It’s about you Live Coaching Connected to Results The focus of our conversation today is Coaching, and how Coaching is the key to unlock potential.     If you have any questions for Brendan around this episode or generally around culture, leadership or teamwork, feel free to  ... In today’s episode, Brendan and his guest Amy Lynn Durham explore the factors that allow business leaders and CEOs - to create a magical, happy work environment for themselves and their employees.  Amy calls herself a “Corporate Mystic” and she is the author of the book “Create Magic at Work”. In it, she shares some profound ideas around how spiritual intelligence (SQ) and emotional intelligence (EQ) in business leaders are incredibly influential forces in how their employees feel at work. This, in turn, means that as a leader,  you have a powerful influence on your company’s employee morale, directly affecting their productivity and thus, profit margins. Attracting and retaining the best employees will also become a natural outflow of this result.  Amy has spent years working with top corporates to help them find better ways to deal with their anxiety and emotions at work - including practical guidance to improve their public speaking and how to deal with anger and stressors at work. This has helped thousands of CEOs become better leaders. Some of her clients have seen so much value in their work with Amy, that they often call her up for support and advice - long after they have completed their course.  Spiritual intelligence opens up a multitude of new ways in which CEOs and leaders can take control of their own health, wealth and happiness along with that of the people who work for them. Not only does Amy help in the “experience” of a better work environment, but she also backs up these “feelings” with actual measured data making it easier for the practical-minded CEOs to justify putting in ...

What factors go into the recruitment process? What makes a good leader? Why does treating candidates with respect matter? These are some of the questions that we’ll explore in today’s episode.  Today’s guest is Mark Purbrick. Mark is the Managing Director of Peoplogica. He has over 35 years of management experience, including 23 years at the General Manager or Chief Executive Officer level, as well as more than 30 years of board director experience for both private enterprise and government-controlled entities. Mark assists clients to make the right business and people capital decisions. Mark has designed Innovative People Capital Solutions and has ensured that Peoplogica is at the forefront of people tests, assessments, and surveys. He specializes in the attraction, selection, and retention of high-performing talent. Listen to today’s episode to hear what Mark has to say about what high-performing talent looks like, how businesses can attract them, and what leaders need to be doing through the selection process. Discussion Points: Mark’s passions for attracting talent and for winemaking An overview of Peoplogica The types of business or leaders that seek Mark’s help What a high-performing talent looks like Consistency or inconsistency in the behaviors that high performers have How a business can attract high-performing talent What leaders need to do throughout the selection process Treating candidates with courtesy Tools that offer the best value in the interview process The costs of getting the ...