The Culture of Leadership
15. Leadership in Public Office

Adam Crouch is the NSW Liberal State Government Member for Terrigal. He is also the Government Whip, Parliamentary Secretary for the Central Coast and Deputy Chair for the Standing Committee of Parliamentary Privilege and Ethics.

‘Crouchy’ as he is affectionately known, is an unbelievably hard working leader in the Central Coast Community. I doubt there is a street he hasn’t walked, a house he hasn’t visited, or a community group that he hasn’t engaged with at some point in time across his electorate and the broader Central Coast. I definitely haven’t asked Adam to come on and talk politics, but I do want to focus our conversation today on Leadership in Public Office. To show what a good sport Crouchy is, he was more than happy when I asked him to don a Liverpool FC scarf during the interview given it is our first English Premier League title in 30 years! Listen in to hear Crouchy's views on Leadership in Public Office... 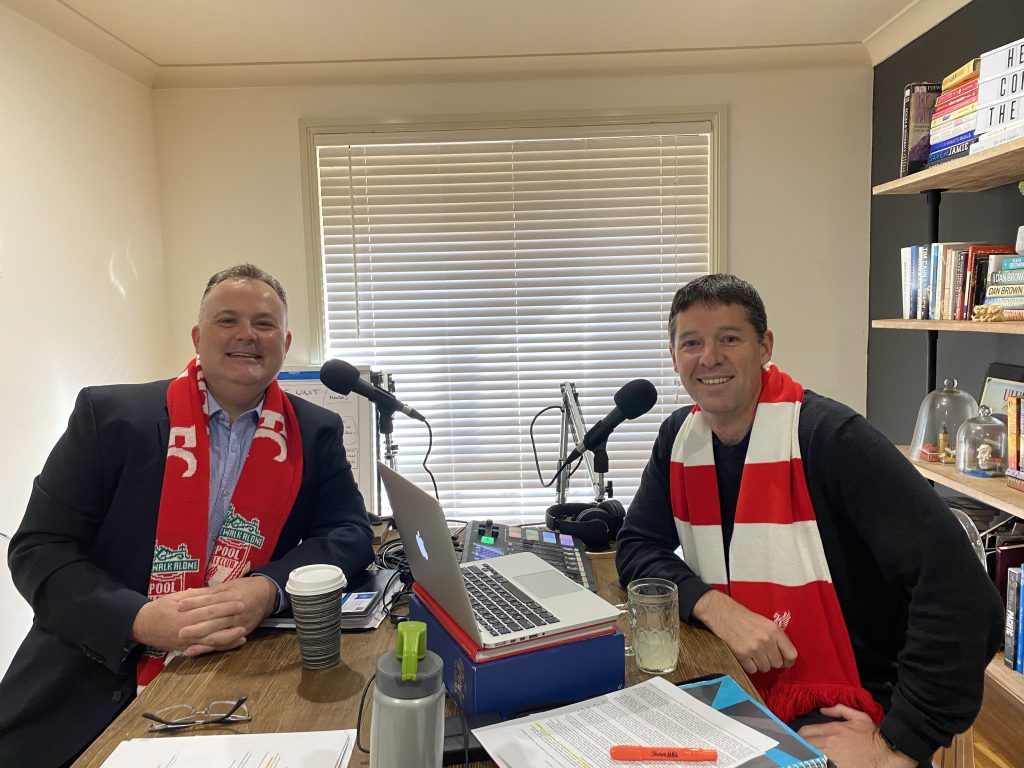 How can we work together, better? That's the question Brendan explores with Laura Prael. Laura is the Owner of LEP Digital, a fast-growing digital marketing agency based on the Central Coast, NSW. Laura made a strategic decision to focus on improving teamwork within her organisation. The first step in the journey was to use the DiSC profiling tool. This tools helps to better understand the strengths and weaknesses of every individual. Laura realised this is a key step in the process of achieving a high performing team. After all, it's not the individual skills that matter, it's the interaction between the team members. [caption id="attachment_1163" align="aligncenter" width="1024"] How can we work together better? Brendan Rogers with Laura Prael[/caption]   If you have any questions for Brendan around this episode or generally around culture, leadership or teamwork, feel free to contact him here. ...

Building High Performing Teams. Tim Ferguson is a Director and Facilitator at a company called Leading Teams, which is a company focused on developing high performing teams and leaders. Tim joined Leading Teams in 2012 and is now based in Northern NSW. Prior to joining Leading Teams he spent fourteen years in business development roles. Primarily, this was in the vocational education and training industry with Construction Training Australia, the Victorian Chamber of Commerce, and Gordon Institute of TAFE. Tim played a major role in The Gordon becoming the most commercially successful TAFE Institute in Australia. I had the pleasure of first meeting Tim back in 2016. We got to know each other very well during 2017 when I was involved with an organisation who was a client of Leading Teams and we have remained friends ever since. He is a fantastic thinker, writer, observer, facilitator and implementer of high performing leadership and building high performing teams. Enjoy this episode as we focus on Building High Performing Teams...     If you have any questions for Brendan around this episode or generally around culture, leadership or teamwork, feel free to contact him here. ...