12. The Culture of Networking

The Culture of Networking. This conversation was several months in the making. We had planned to do it in March, but then COVID-19 restrictions came in. We felt it would be far better if we could sit in the same room with each other and chat about networking. I’m so glad we waited. I really enjoy sitting down with my good friends, and fellow LinkedInLocal Central Coast co-hosts, Marc Charette and Isaac Feeney and gaining different perspectives. Today, it just happened to be focused on the culture of networking. I’m sure you will notice, that the way both Marc and Isaac answer questions gives you an insight into their different personalities and communication styles. That is the beauty of people. We are all different and it is these differences that help to make our experiences far more fulfilling. This is what Marc and Isaac do for me. They give me different perspectives which helps us all become better. That is why I was keen to capture and share their thoughts around networking. Enjoy this episode as we focus on The Culture of Networking... [caption id="attachment_2064" align="aligncenter" width="1024"] 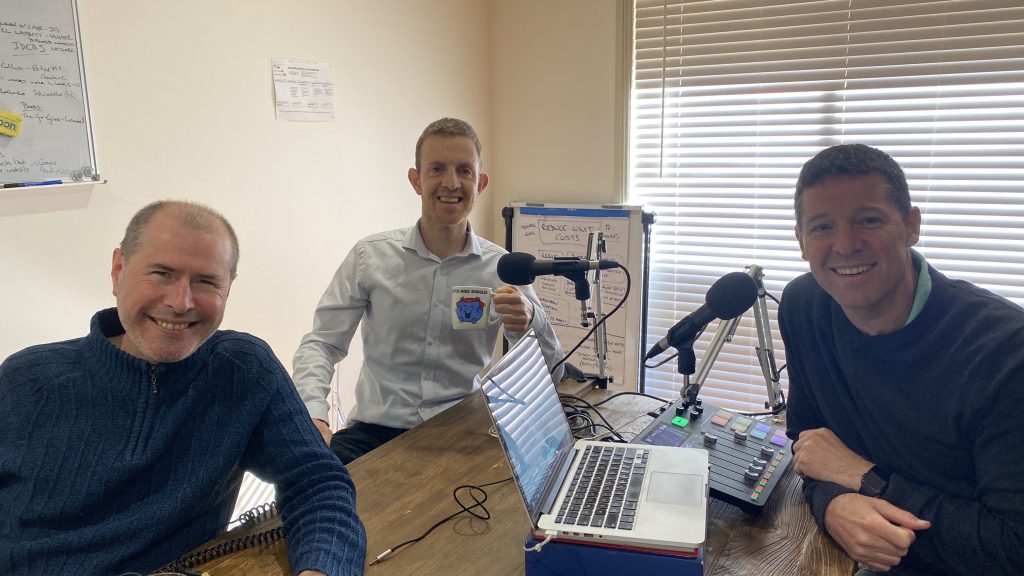 Marc Charette (L), Isaac Feeney (C), Brendan Rogers (R)[/caption]   If you have any questions for Brendan around this episode or generally around culture, leadership or teamwork, feel free to contact him here.
View Full Transcript

56. How to work with, and motivate disengaged team members

Today I’m talking to Erin Jewel - a Thrive Global top 10 coach of 2021. She is an executive mindset, growth- and performance coach, speaker, and professor of leadership at Villanova University. She has over twenty years of leadership experience in the healthcare sector, working at Pfizer, Boston Scientific, and Medtronic. She has become an expert in strategies to manage team performance and had built a successful consulting practice based on these strategies. Our focus today is on engaged versus disengaged team members and Erin unpacks a few of the reasons team members might be disengaged, things leaders can do to change the situation and things leaders should avoid doing that may cause team members to disengage.  Our conversation goes into some great tips that will help both leaders and team members to better engage with each other by focusing on themselves and what they can do to promote a better work environment.  Discussion Points Erin as Thrive Global top 10 coach Working with leaders in the vaccine development industry The impact of the pandemic on leaders in different industries The great resignation Engaged vs Disengaged What can a leader do that causes disengagement? The meaning quotient (MQ)  How to choose the right person to lead Transitioning from individual performer to leader Self-awareness in leadership Practicing what you preach as a ...