Josh Rose talks Mariners Culture with Brendan Rogers. Josh shares his thoughts about culture, leadership and teamwork during his time as a professional footballer at the Central Coast Mariners. We contrast his stints from 2010-2013 when the Mariners were a successful club against the latter part of his career where they may have been considered the 'easy beats' of the A-League. Have you received feedback from a leader that was vague, wishy-washy, or perhaps really harsh?  Were you upset, confused, or hurt by what they told you?  There are good and bad ways to deliver feedback to team members or employees.   My guest today is Leisa Molloy, a workplace psychologist, consultant, coach, and founder of Flourishing Minds Consulting.  Flourishing Minds is a boutique organizational psychology consulting firm that specializes in helping organizations, leaders, and teams to build stronger levels of leadership capability, alignment, trust, clarity, and psychological safety.  Leisa has spent more than 17 years helping leaders navigate important workplace conversations. In this episode, we speak about the three different types of feedback, what a good and bad feedback conversation looks like, how to prepare for a feedback conversation, and the very real risks of providing vague or ineffective feedback. Leisa also shares a step-by-step process that will help you immensely the next time you’re required to give feedback to one of your team members. Discussion Points The worst kind of feedback is that which is never given! Poor/ineffective feedback is vague, wishy-washy, or uses generic cliches like “you should be more strategic” Types of feedback: Appreciative Constructive/coaching Evaluative against deliverables/roles How appreciative feedback can go wrong Types of appreciative feedback: Meeting your goals Your good attitude Your great personal qualities Where responsibility lies for providing feedback ... 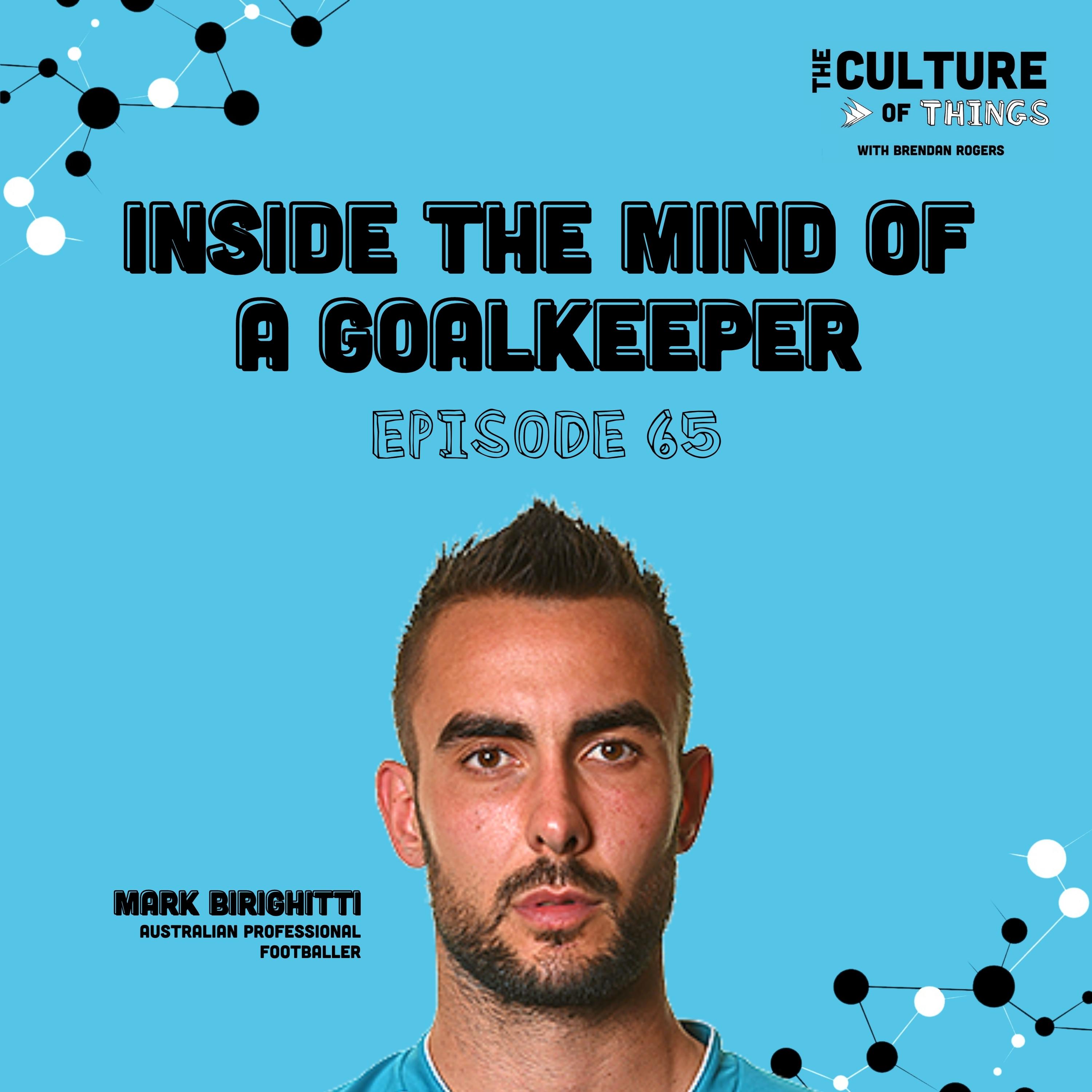 65. Inside the Mind of a Goalkeeper

Mark Birighitti is a professional footballer and plays goalkeeper for the Central Coast Mariners. He has had a great career in football, playing for clubs all over the world. He thrives on that pressure of being the only one responsible for his team’s win or loss often in the final moments of a game and exactly how he pushes through to be successful and often even perceived as cocky!  He shares some of the thoughts that go through the mind of a goalkeeper on and off the field, how he has learned to cope in difficult moments and to recover quickly from setbacks and disappointments. Mark shares his insights into, now, leading this team of younger players as the captain and what he expects from these players when he retires one day. He opens up about what it takes to be a father and husband (sweetly gushing about his wife more than once) while being a professional football player in such a competitive environment.  Mark is as down-to-earth as you get and I have really enjoyed chatting with this football legend today. He makes a few predictions about how he thinks the football season will go - listen to the end of the episode to find out if he was right...   Discussion Points A bit of Mark’s background Things that Mark has done to strengthen his mindset Mark’s 2015 serious injury and reflecting on returning to play earlier than he should have Mark as team captain - leading a young team Being a Goalkeeper ... 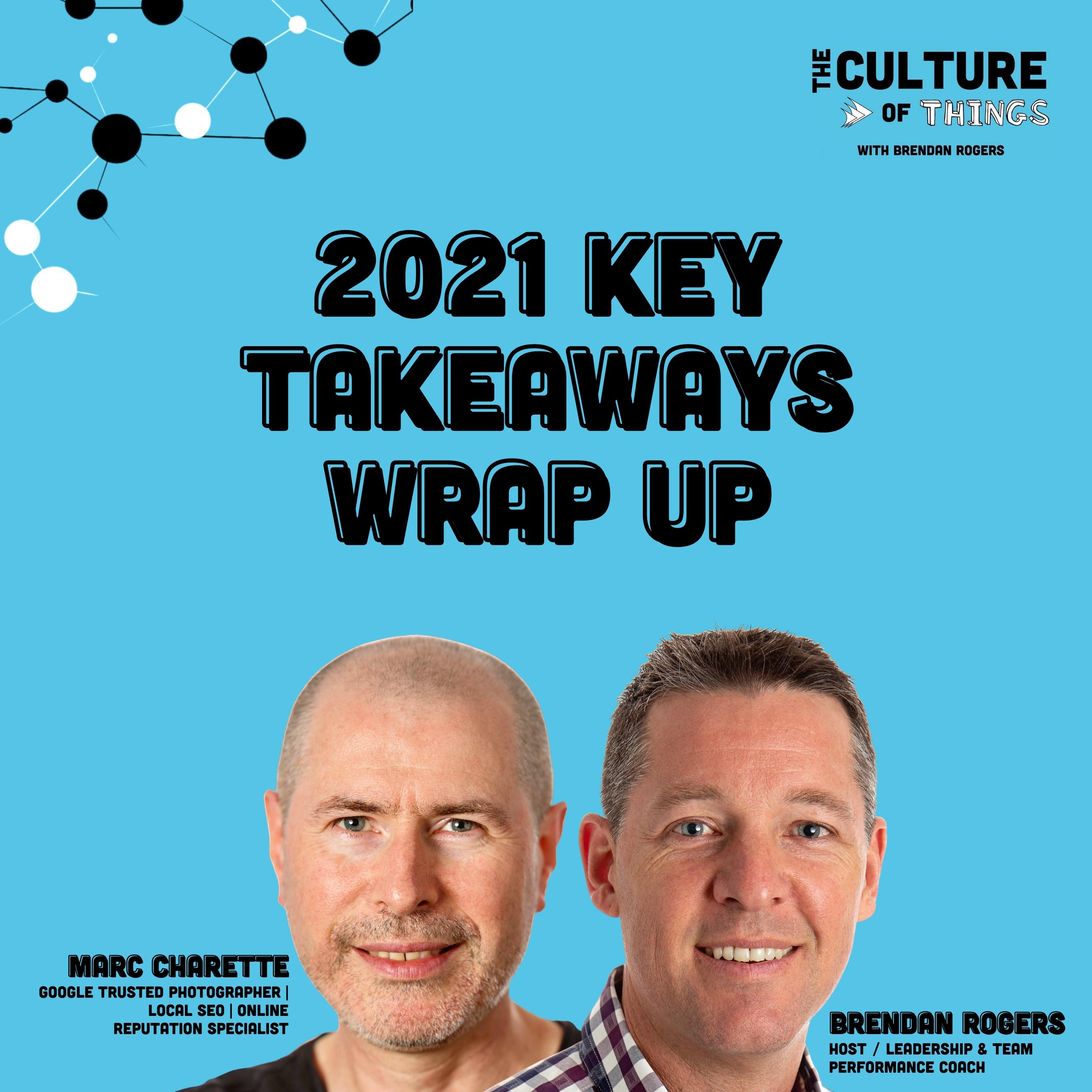 In this episode, we review the most impactful takeaways from the 27 episodes we aired in 2021.  From deep listening to self-mastery, join us as we review the top ten pearls of leadership wisdom (plus four bonus nuggets) we gained from these inspiring guests.   Every episode this year had valuable lessons and inspiring speakers, but these were some of the standouts that you can go back and listen to if the topic piques your interest.   Discussion Points   Episode 41: “The Art of Self-Mastery” with RJ Singh Takeaway: Leaders focus on the art of self-mastery “I encourage leaders to start small.” - Brendan  Episode 43: “How to Overcome the Fear of Public Speaking” with Kate Purcell Takeaway: Leaders lead with vulnerability “Vulnerability is what creates trust.” - Brendan Episode 45: “How to Create Magic at Work” with Amy Lynn Durham Takeaway: Leaders connect with people “Spending time investing in people is super-important.” - Brendan  Bonus Episode 53: “The Story of My Broken Soldier” with Kaz and Matt Page Takeaway: Leaders face challenges head-on This was the longest episode we ever did, and very emotional. “HOPE– Help One Person Every day” - Marc Episode 48: “Culture of the Living Organisation” with Norman Wolfe Takeaway: Leaders must understand and work with context “The context of the situation is what creates the variation.” - Brendan  ...