The Culture of Leadership
88. How to Stand Out as a Leader

In today’s episode, the tables are turned on host Brendan Rogers as he is interviewed by producer Marc Charette about the future of The Culture of Things podcast.  Brendan’s interviews so often center around the essentials of building leadership. It is this focus that is driving a pivot in the focus of the podcast.  In subsequent episodes, Brendan will be diving deeper into his “People System” which focuses on building great leaders. There are three key elements that drive 8 essentials of a successful business in this system, and today Marc and Brendan will touch on some of the basic tenets of the People System that will help people ‘stand out as leaders.’

Stay tuned for future episodes of the podcast which will now be entitled: The Culture of Leadership!

What Culture of Things guests are saying and what they are NOT saying Historic leaders - Mandela, Jobs, Mother Teresa First element - the ability to connect with people - connection and trust building - spending time, having conversations, learning about them personally The coffee server making eye contact with Brendan for a connection Second element -Galvanizing around common goals Listening is integral to all three elements - being interested, asking questions Open vs. closed questions “P” in the People System is for ‘practice’ Third and final element  - Elevate Leaders need to help others to achieve what they are capable of “where they’re at” Uncovering honesty and truth - the new future of The Culture of Things Energizing people - giving them the confidence to achieve The Culture of Leadership moving forward Metronomics and the Entrepreneurial Operating System  One of the “E’s” in the People System is Educate - learning from experience Stay tuned for future episodes focusing solely on leadership

Transforming your office culture is not easy! There are many courageous leaders who take up the challenge. There are few who stick with it... There is a very simple, easy way to differentiate yourself in this highly competitive world, whatever industry you work in: incorporate strict ethical standards... 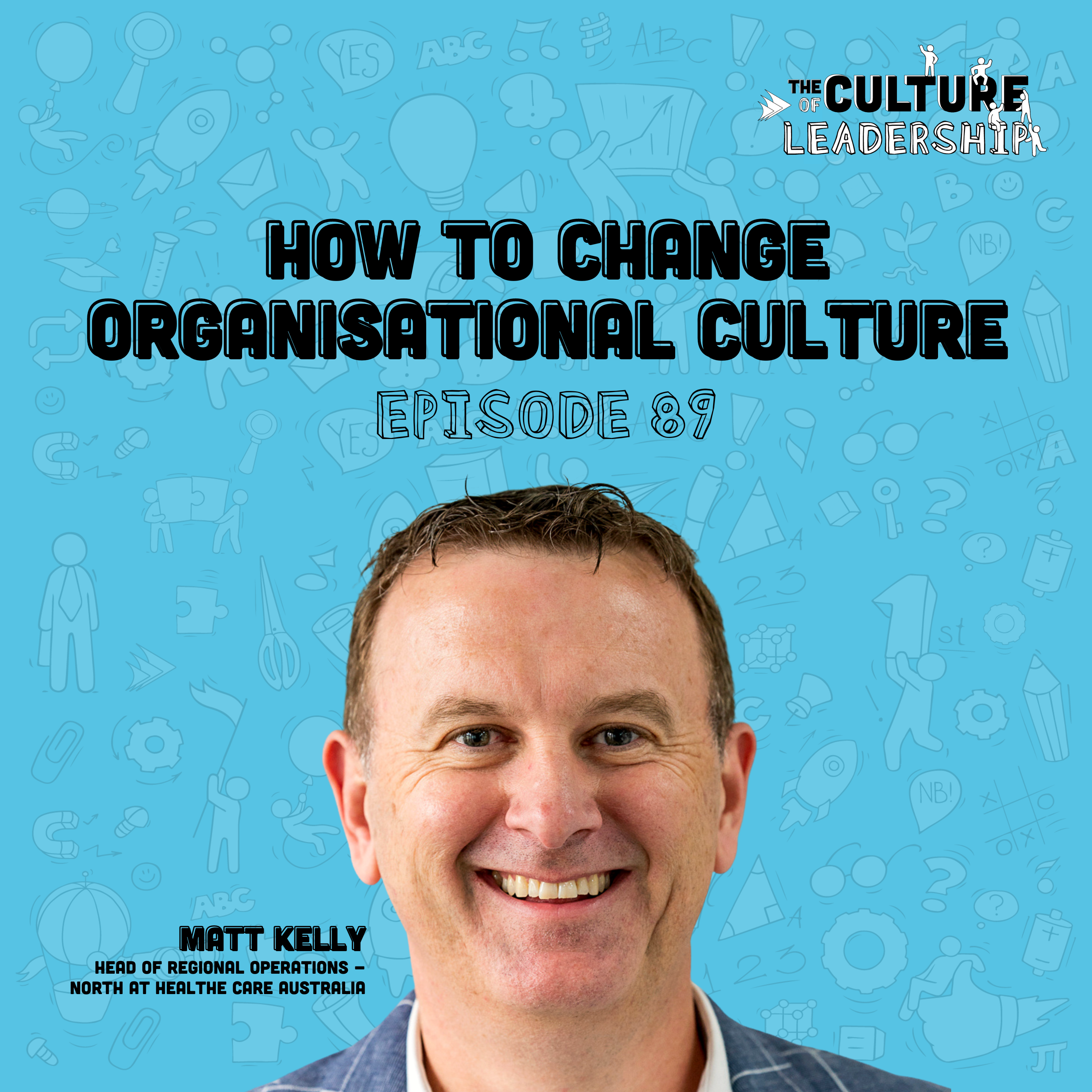 89. How to Change Organisational Culture

Welcome to the first episode of The Culture of Leadership.  I’m joined today by Matt Kelly, Head of Regional Operations North for Healthe Care. ...