The Culture of Leadership
8.1 The 4 Practices of Change-Fit Leadership Teams: Part 1

The 4 Practices of Change-Fit Leadership Teams. Bernie Kelly has been on a journey of discovery over the last 25 years. It’s this journey and his experiences on it, that form the basis for his impending book release due out in June 2020. The book is titled 'Traction: The 4 Practices of Change-Fit Leadership Teams' and it's the background culminating in this book, that we discuss in this interview. Bernie also shares the 1st practice for change-fit leadership teams. Bernie reflects deeply on all his experiences. People like that, often have so much to share, and there is so much we can learn from them. Bernie is no different. This interview will be released in two parts over the next two weeks. Enjoy part 1 of my chat with Bernie. 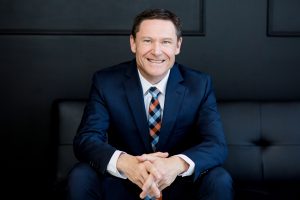 The focus of our chat today is The Culture of Youth Development. Joey Peters is a Matildas legend who coincidentally wore the #10 shirt....

Leadership in Public Office. Adam Crouch is the NSW Liberal State Government Member for Terrigal. He is also the Government Whip, Parliamentary Secretary for...